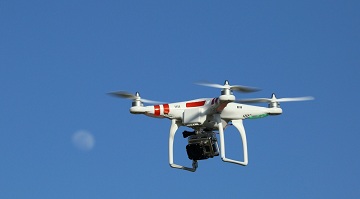 The Gurgaon administration along with scientists at the Haryana Space Applications Centre, Hisar are soon going to launch project Udaan. As part of the project, UAV’s will be used to monitor encroachment activities, protect water bodies and keep a record of the area’s green cover by counting the number of trees present. All areas falling under the jurisdiction of the Sohna Municipal Committee are going to be a part of the surveillance initiative. “Sohna is a small town witnessing a lot of development. New residential townships are coming up on one side, and there’s forest area on the other. So we wanted to launch it here. If successful, we’ll introduce it elsewhere, especially in NCR, where encroachment is rampant,” said R S Huda, chief engineer, HSAC. Huda also claimed that the project is the first of its kind in India.

Drone mapping is better than satellites because drones provide clearer images, Huda argues. The drone’s images are higher in resolution and clear enough to be able to count the trees, monitor every house and bodies of water.  “Satellite mapping has resolution of only ½-1m. Mapping by drones provides clearer images. One can count the number of trees in a green belt or see the width of the water body,” said Huda.

The total amount of project funding allocated to the project is Rs 1.14 crore. The drones to be used in the project are sourced by the Centre from Pune based Science and Technology Park.

“Gurgaon residents are facing drainage problems from a block in the Badshapur drain. With the help of drones, we can map the encroachment and the authority can act,” said a scientist. “Part of the CM’s vision, it will make Gurgaon’s transition to a smart city a reality. It will be helpful in fields as varied as collecting property tax to electoral data. “Data can be provided to departments like police, renewable energy, forest, as well as pollution boards and municipal corporations,” said T L Satyaprakash, the Deputy Commissioner. “We also plan to make the data public.”
He also shared the fact that a team has been sent to London to study the safety issues surrounding the flying of drones over densely populated urban areas.