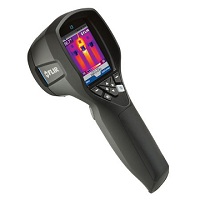 A new report by IHS Inc. estimates that the world market for uncooled thermal cameras in commercial security applications was worth $245.0 million in 2014, and will grow to nearly $500 million in 2019. IHS expects that within the next 12 month the market will start to shift away from 17 micron sensors, to smaller pixel pitch sensors. This is expected to have significant implications on the price of thermal cameras. IHS expects that price declines, and the release of lower-end entry level products will allow thermal cameras to gain traction in commercial markets that have traditionally been unable to justify the high prices associated with thermal cameras.

Driven by both the use of smaller pixel pitch sensors, and the expected growth in entry level products, IHS forecasts a shift towards smaller focal lens sizes. IHS expects a split in the market away from QVGA resolution, and towards VGA and QQQVGA array formats. In an effort to differentiate themselves suppliers will focus on either the high-end of the market, or the low-end.