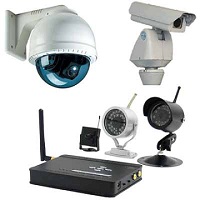 The world market for video surveillance equipment grew by 14.2% in 2014.This is according to recently published estimates from IHS Inc, through its Video Surveillance Intelligence Service. This is a higher rate than the 10/7% IHS was forecasting back in December. The difference is due to higher than expected growth in China. EMEA, Americas, and the rest of Asia all grew at slightly lower rates than forecast in December.

Slightly lower growth in the global market is forecast for 2015, at 9.5%. Product demand will continue to grow quickly but price erosion will impact revenues. This will mean that the world market for video surveillance equipment will be worth $15.7 billion in 2015.  (IHS no longer includes monitors or matrix switchers in its estimates for the video surveillance equipment market).

IHS has just added new global and regional market statistics, forecasts and market share estimates to its Video Surveillance Intelligence Service. In addition to the above, other key findings include, that a number of Chinese vendors have continued to rapidly gain market share in regions outside China in 2014. They tend to offer products with low prices and this has been a major factor in average price erosion in those regions.

In addition, China is estimated to have been the largest regional market for video surveillance equipment, accounting for almost 40% of global revenues in 2014.
The latest information also finds that in terms of revenues, the market for network cameras was almost two and a half times the size of the analogue camera market in 2014. However, only around 40% of all security cameras shipped were network cameras in that year. Unit shipments of network cameras are forecast to first exceed those of analogue cameras in 2015.

In terms of the higher megapixel market, the number of network cameras with 4 megapixels and above grew rapidly in 2014. Researchers found that the growth in demand for 180/360 degree network cameras was the major reason for this. It is also predicted that 4K cameras will increasingly contribute to the category over the forecast period.