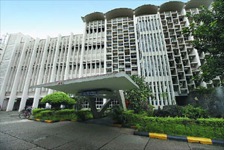 The Indian government, in association with the private sector, is setting up a centre of excellence on internal security that will function as a “resource centre”, do high-end research and develop cost-effective, state-of-the-art technology which can be integrated into the security apparatus to tackle problems like naxalism, urban terrorism and cyber attacks.

The centre, being set up at the Indian Institute of Technology-Bombay (IIT-B), would develop electronic equipment, which can be indigenously manufactured for use by security agencies like the police and paramilitary forces.

Officials and domain experts say there is a need to develop products, specifically for internal security, such as phones that would work better in topographies like thick jungle, and mine detection radars. There are also concerns about imported equipment, which is not readily available in the domestic market or is too expensive for deployment.

The possible areas of research and development work were discussed at a meeting between IIT-B and the Defence Research and Development Organisation (DRDO). K Sekhar, chief controller (R&D), explained the role of DRDO in terms of sharing its resources and technology meant for armed forces with police and paramilitary forces.
The specific areas where research could be carried out include communication systems, video surveillance and image processing, analytics, communication systems, sensors for explosive detection, robotics and autonomous devices such as unmanned aerial vehicles.