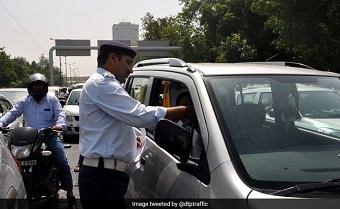 In a bid to encourage digitalisation, the Ministry of Road Transport and Highways has issued a notification that a digital copy of documents such as driving license and a vehicle’s registration, insurance etc. which are stored in Digilocker or mParivahan mobile app, will now be accepted legally along with the actual physical documents. Also, in accordance with the Information Technology Act of 2000, digital copies accessed from the Digilocker will be treated as original documents as well. The rule has been made effective immediately across India. Bihar along with Madhya Pradesh and Karnataka were the first states to accept documents on Digilocker as legal documents. All states and union territories have been notified to accept driving licenses and vehicle documents through the Digilocker or mParivahan app.

What you need to make it work is just the Digilocker or the mParivahan app and authenticate the same with your Aadhaar number. Afterwards, you will have to enter your driving license number, registration documents etc. and save them in the app. Whenever called upon to show the documents by traffic cop, for example, all you have to do is show the authorities the QR code and they will get the details.

Also, in case the vehicle needs to be impounded for any reason, the authorities can simply access the government’s Vahan or Saarthi database through the eChallan system and not need to seize the actual documents of the car or the person in question. The step was taken after the Ministry of Road Transport and Highways received a number or RTIs and grievances saying that the documents produced digitally were not accepted or considered valid by the traffic police or the motor vehicles department.

Any data with regards to the insurance of new vehicles and also renewal of insurance will also be uploaded by the Insurance Information Board (liB) on the Vahan database on a daily basis now and it will be reflected on the mParivahan and eChallan app of the Ministry. If the vehicle registration details on the mParivahan and eChallan app contain the details of the policy which is in-force, then the requirement of a physical copy of the insurance certificate will not be enforced either.