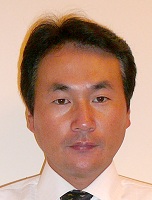 NEC India has announced the appointment of Mr Takayuki Inaba as its new Managing Director. He will be responsible for leading and expanding NEC India’s business offerings in the country. He reports directly to Mr Tetsuro Akagi, Chief Executive Officer of NEC Asia Pacific and Senior Vice President of NEC Corporation.
Mr Inaba has close to 30 years of sales and marketing experience, having taken on several senior leadership roles since joining NEC in 1988. He first started his career in NEC’s Information Processing Sales Support Division, and later moved to the Communications & Computer Systems Unit, where he was involved in new business development.

In 2003, he joined NEC Corporation of Malaysia and was appointed Director in 2008, where he was responsible for heading the total solutions services and channel business. Prior to this new appointment, Mr Inaba was an Executive Specialist at NEC’s Global Products and Services Division, before moving to the Marketing and New Business Creation Division.

“I am deeply honoured to assume the role of Managing Director at NEC India. I look forward to working together with valued business partners and supporting the NEC India team to further strengthen its position as one of the leading providers of innovative technologies and solutions that contribute to the safety and security of India and its communities,” said Mr Inaba on his new appointment.