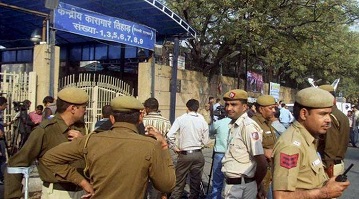 The government is considering several steps, including installing electrical fencing, to strengthen the security at the high-security prison following the escape of two under-trials from Tihar jail. Home Secretary Dharam Pal said several steps aimed at strengthening the security at the prison were discussed at a meeting with the Tihar DG. He said “We will do away with the normal CCTV cameras. We are considering having computerised or automated CCTV surveillance on the prisoners. We are also considering having an electrical fencing between the main wall and the prisoners’ cells. A dedicated system will monitor these lines and any breach will be reported as soon as someone tries to cross the line,” he said.

Sources said the role of prison staff was also discussed at the meeting with the Tihar DG, who reportedly took up the issue of “poor-quality” cement having been used to construct the main wall of the high-security prison. “There are doubts over the construction quality of the wall. It has been seen that cement was not used at many places,” a source said.