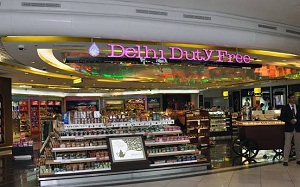 Too many shops and restaurants at New Delhi’s Indira Gandhi International Airport could jeopardise lives of passengers during an emergency but the airport operator and the government have ignored these safety concerns, a parliamentary panel has concluded. In a draft report, the Public Accounts Committee (PAC) said the Central Industrial Security Force (CISF) saw the commercial establishments as a “big hindrance” to evacuation plans. CISF handles airport security across the country.

The committee indicted the operators, Delhi International Airport Limited (DIAL) and the Ministry of Civil Aviation for what it says was the “unscientific commercial usage” of the space available for passengers, especially restaurants, retail outlets, duty-free complexes and executive lounges. “The advice of security agencies is being overlooked for commercial interests,” the report said, while also deprecating “the complicity” of the civil aviation ministry. “Members of the committee felt that mishap or disaster could be foreseen given the present state of narrow lanes for movement of passengers”. According to the report, CISF director-general OP Singh raised the issues in letters to the civil aviation ministry but got no response.