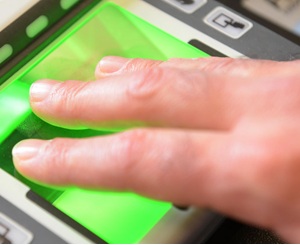 Plans by India’s Election Commission to link new voter identity cards with the biometrics-backed Aadhar ID database are taking shape. Pilot projects have already been launched in Delhi and Punjab, while officials confirmed that the scheme could be completed as early as the end of 2015. Last month, the EC began issuing new, colour voter cards known as the Electors Photo Identity Card (EPICs), which store biometric data and have added security features.

EPIC is part of a broader scheme to link the country’s biometrics-backed ID number system with electoral rolls to delete duplicate records and prevent voter fraud.
EC has told the media that the plan is to synchronise the systems by the end of 2015. “We keep getting complaints of bogus and duplicate votes. One of the best ways to ensure that a person votes only once is to link electoral rolls with Aadhaar numbers,” Delhi’s Chief Electoral Officer, Vijay Dev, said last December.
In the run up to the Delhi elections, the Delhi electoral office uncovered a large number of possible bogus voters in the capital. In one case, the photograph of a single man was found on 98 voter cards.