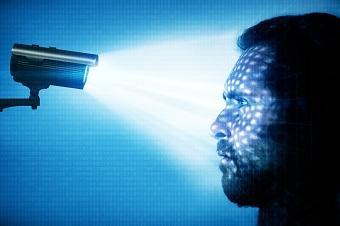 Police have refused to speculate on whether they would invest in facial recognition software after Adelaide City Council voted unanimously not to include the technology in new security cameras being installed across the CBD.

Councillor Alex Hyde and two other councillors requested an urgent council meeting to discuss the upgrade of city CCTV cameras following publicity about the surveillance capability of facial recognition technology.

The council had written to SA Police asking if they could delay using facial recognition technology if it was installed in city cameras until safeguards measures were in place.
But police indicated they would likely still use the technology.

The motion, which passed unanimously, reiterates the council’s commitment to not use camera facial recognition technology until the South Australian parliament draws up rules around biometric surveillance and privacy.

“In actual fact we were never going to procure the necessary hardware or technology in order to activate that facial recognition software,” Mr Hyde told ABC Radio Adelaide.
“It somewhat is a cost-prohibitive exercise anyway because the software is very expensive as well.

“From our perspective, [SA Police] won’t be receiving the necessary hardware or software support from the feed that we have throughout the city in order to use the [facial recognition technology].”

Mr Hyde clarified that camera feeds from the council’s security network would not be high enough quality even if SA Police were to buy and use facial recognition software to analyse footage captured. He said the council has no say in what technology SA Police would use.
“I suppose the silver lining is that this has elevated in the public consciousness about what this technology could do, the fact that it is going to be introduced by other government agencies and they should be aware of it going forward,” he said.