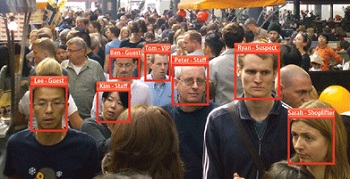 Data collection, whether in the name of security, science, or efficiency, can have dark implications no matter the intentions—stored information is vulnerable to sophisticated hacks and cyber attacks, which are only expected to increase. Yet a new survey by the Pew Research Center shows that so long as the benefits are clear, Americans are more willing to give up information about themselves.

Pew surveyed 461 US adults and found that the office was one place people were willing to overlook invasions of privacy. Of those who answered, more than half said it would be acceptable for their employers to install facial recognition cameras for security in the office, even if they could potentially be used to assess performance. Fifty-four percent of respondents found this situation acceptable.

Twenty-four percent of respondents said cameras would not be acceptable, and 21% said they weren’t sure. There were no significant differences in responses by gender, age, or income. Doctors were also given a pass: 52% of those who responded said they would use a third-party site to manage their medical records and schedule appointments, if their doctors promised the sites were secure. Not surprisingly, when the stakes are lower, people are less willing to give up their privacy. One prompt proposed a free social media platform that facilitates a high school reunion and serves targeted ads based on the user’s data. With a weaker payoff, and under threat of the creepy, faceless nuisance of personalized ads, 51% of those who responded said this would be unacceptable.