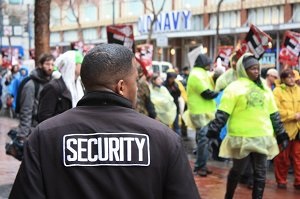 Global private guard service revenues are expected to increase 6.1 percent annually through 2020 to $135.4 billion. Advances will primarily be driven by rapid growth in many developing areas, where guarding services tend to be the most highly utilized supplemental security service. In addition, many end users in these areas do not trust local public safety officials to provide effective protection, due to either insufficient resources or corruption, supporting demand for private guards. Ongoing efforts to improve professionalism and regulations will further bolster demand by increasing public trust in private providers and limiting pricing competition from unregistered security providers. These and other trends are presented in Global Security Services Market, 12th Edition, a new study from The Freedonia Group, a Cleveland-based industry research firm. Guards, the most basic security service, are ubiquitous even in poorer developing nations. This is due to the relatively low barriers to entry involved and the fact that service costs tend to parallel wage rates in a given country.

Demand will be bolstered by sustained fears of crime and the increased awareness of the threat of terrorism, for which visible human guards are often viewed as more effective deterrents than cameras or other security hardware. Demand for these services will also continue to benefit from the outsourcing of business services, including security, by industrial and commercial firms. Even in the mature US market, for example, some businesses still employ guards on a proprietary basis as in-house staff. Especially in the developing world, the trend toward privatizing formerly state-owned industries such as banking and air travel will reinforce the outsourcing trend.