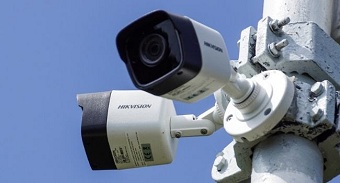 By 2021, more than one billion surveillance cameras will be installed across the globe, according to a new report issued by IHS Markit. An estimated 770 million cameras are already in place, with about 54 percent of them installed in China, according to CNBC, which reported on a pared-down version of the study. The Americas are home to the next largest amount of cameras, with 18 percent found in those continents. Asia, excluding China, has about 15 percent of the remaining cameras in the world.

According to the research, the places with the greatest opportunities for growth in the video surveillance market include developing countries like India, Indonesia and Brazil. The report found that those three countries are expected to join China and the U.S. in the top five markets for surveillance cameras. Japan and the United Kingdom currently hold those spots, with the U.K. currently having more surveillance cameras per capita than any other European country. More private companies are currently moving into Britain to deploy more camera systems in casinos, property firms and more, The Wall Street Journal reported.

China’s video surveillance industry provides AI technology to 63 countries, CNBC reported, and is home to some of the largest companies in the market, including Huawei, Dahua and Hikvision. All three companies have been placed on the US Commerce Department’s Entity List, which makes it nearly impossible for companies in the U.S. to do business with Chinese corporations