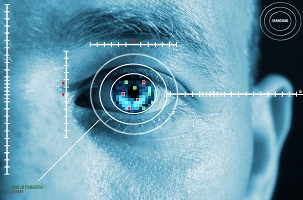 Women are twice as likely as men to say they do not want the government to store any of their biometric data, and are less likely to be comfortable with sharing fingerprint, facial recognition, retina scans and voice data, Nextgov reports. The findings of the survey of 500 D.C. area consumers by Accenture Federal Services were shared over Twitter with the hashtag #AFSFedPulse. While the findings are similar to past surveys on consumer attitudes towards biometrics, they also include a significant split in opinion between the sexes.

In general, more people are comfortable with sharing their Social Security numbers with the U.S. federal government (45 percent) than with agencies using facial recognition (36 percent) or retina scans (27 percent). Men are significantly more likely than women to be comfortable sharing their Social Security numbers, however, and the same is true of biometrics.

More than a third of women said they do not want to share biometric data with the government to get better service, compared to only 16 percent of men. The number of men willing to hand over fingerprint, facial, and voice biometrics to the government is around 10 percent higher than the number of women, and men are twice as likely to be comfortable with retina scans as women, according to the survey.

While millennials have previously been shown to be more accepting of biometrics than older generations, the Accenture survey shows baby boomers are 16 percent more likely to be willing to share retina scans with the government in return for better service than millennials, 41 to 25 percent. The survey also shows that just 7 percent of consumers would willingly be implanted with a microchip by the government.