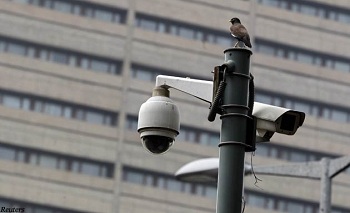 The District Planning and Development Council (DPDC) of Kolhapur has approved Rs two crore for installing CCTV cameras in the city. The project to install CCTV cameras was announced during the Congress-NCP regime. However, no monetary provision was made either by the Kolhapur Municipal Corporation (KMC) or the home department. According to the police department’s earlier proposal, CCTV cameras will be installed at 54 strategic points in the city. These spots include prominent chowks, crowded places and religious centres. Minister Chandrakant Patil said Rs two crore will be provided through funds reserved for innovative schemes. “Besides, we also made a provision of Rs 1 crore for installing CCTV cameras and biometric card facility at the government’s godown,” Patil said.

In January, superintendent of police Manoj Kumar Sharma had proposed Rs five crore for the project. He said CCTV cameras are needed for efficient policing, maintaining law and order and keeping a check on criminal activities in the city. In August last year, the then Minister of State for Home, Satej Patil, made an announcement of installing CCTV cameras. However, it remained on paper. After rationalist Govind Pansare was murdered by unidentified assailants in February, the issue of installing CCTV cameras gathered momentum again. Patil said the funds will be transferred soon after which the police department could float tenders for the purchase of the cameras.