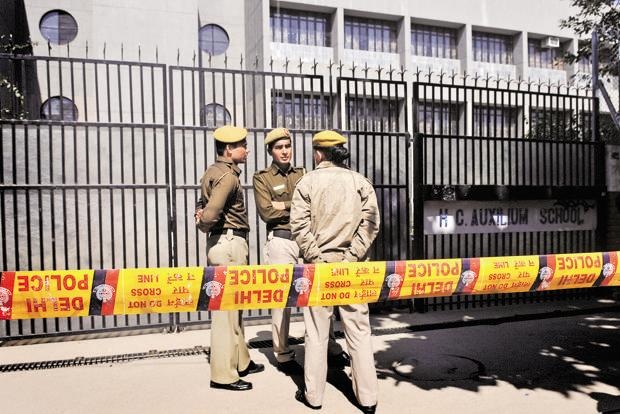 The Centre has directed Delhi police to take measures to ensure the safety of churches in the capital after six attacks in two months on Christian institutions.

The home ministry issued an order to the police after the Prime Minister summoned police chief B.S. Bassi after a break-in at a Catholic school in south Delhi and asked him to “take strict action”. PM Narendra Modi also spoke to home secretary L.C. Goyal and asked him to “pay special attention to the rising incidents of crime and vandalism” in Delhi.

According to an action plan drawn up by the police after talks between Goyal and Bassi, three steps are in the pipeline:
• Police pickets will be posted outside churches;
• The height of the boundary walls of minority institutions will be raised;
• Closed-circuit television cameras will be installed inside and outside the churches.

Sources said details of the action plan had been sent to all police stations in Delhi. Goyal is understood to have asked Bassi to ensure enough police presence and regular patrolling outside minority institutions.

The Delhi Archbishop, Anil J.T. Couto, said assurances by home minister Rajnath Singh and the police needed to be translated into action as the latest attack was added proof of Delhi’s deteriorating law and order. There are about 220 churches in Delhi, of which 50 are Catholic. Before Christmas last year, the police had sent a circular to all churches to install CCTV cameras.

“Delhi Police had requested us to install CCTV cameras and offered help if any church could not install them because of resource constraints,” said Fr Savarimuthu Sankar, the spokesperson of the Delhi Catholic Archdiocese. “Police were also deployed but they were withdrawn after a while. We understand the police’s limitations.”