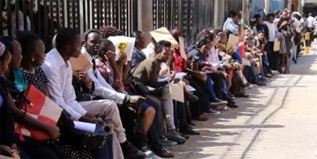 Thousands of private security officers are set to lose their jobs after the government failed to register over 1800 firms. Speaking to the media, Protective Security Industry Association (PSIA) chairman, Cosmas Mutava, lamented a move by the Private Security Regulatory Authority Director General, Fazul Mahamed to gazette only 183 firms.

He explained that many employees who relied on the deregistered security firms would lose jobs after the Fazul-led authority cautioned customers against seeking services from the companies “This is misplaced because these are security firms that have been operating for more than 40 years. They have not been given reasons why they should not be operating in the country,” he stated.

Additionally, he pleaded with the government to revise its decision explaining that such a move would also lead to an increase in the crime rate. “Having unemployment in the security sector is very tricky. These people know security apparatus such as CCTV, alarms, as well as cash in transit and you are laying them off in one day because of a gazette notice. It is very tricky,” the chair expressed.

Mutava’s sentiments were echoed by a number of security firm owners who threatened legal action to have the decision revoked. Roma Security Services boss Abdulrahman Omar opined that the authority should have waited for the High Court to issue a ruling in a case that was challenging the registration process. “You will get that some companies have more than 1,000 employees. If you calculate, you will find that many people will be affected. Can’t the government see that we have created employment for so many people?” He wondered.

In a Gazette notice issued on January 3, Fazul noted that only 183 firms were authorised to operate in the country even as the company owners were cautioned against defying the notice. Kenyans were advised to seek the 5-year registration certificate of the firms while enlisting their services. “It shall be an offence for a person to employ or otherwise engage the services of any unlicensed private security firm or unregistered security guard, ” read the Gazette notice.