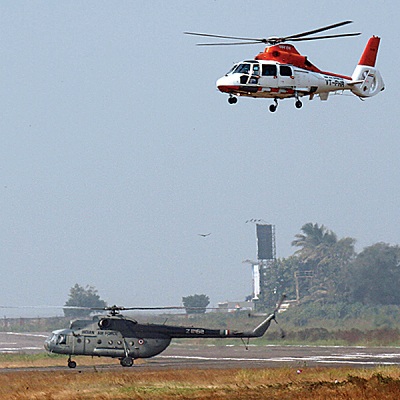 After much delay, the issue of manning Juhu airport with armed security personnel seems to be inching closer to realisation. The airport authorities and the state government are in the final stage of getting an approval for 130 personnel from Maharashtra Security Force. At present, the airport is manned by about 30 policemen in different shifts on a temporary basis. Talks in the past with Central Industrial Security Force (CISF) failed due to the high fees the para-military force demands for security.

“Things are moving in the right direction at the moment and we hope to soon see personnel from Maharashtra Security Force guarding the airport,” said a senior official from the airport. Airport and intelligence agency sources reveal that the porous and unmanned boundary wall surrounding Juhu airport has been a cause of concern for a long time. Hooligans from nearby slums of Indira and Nehru Nagar often trespass into the airport.

Started in the 1920s, Juhu airport is the oldest civilian airport in the country. It has constantly been on the terrorist radar, as per the claims made by central and state intelligence agencies. The agencies claim that some anti-national elements can easily sneak into the airport and, using an aircraft from there, can launch an attack on nearby Chhatrapati Shivaji International Airport (CSIA), which is counted among Asia’s busiest airports. Juhu airport authorities recently decided to replace its chain-link boundary fence with a more reliable ‘pre-stressed precast’ wall, which is known for its strength as the technology helps in overcoming concrete’s natural weakness. The project is expected to be completed by middle of this year.