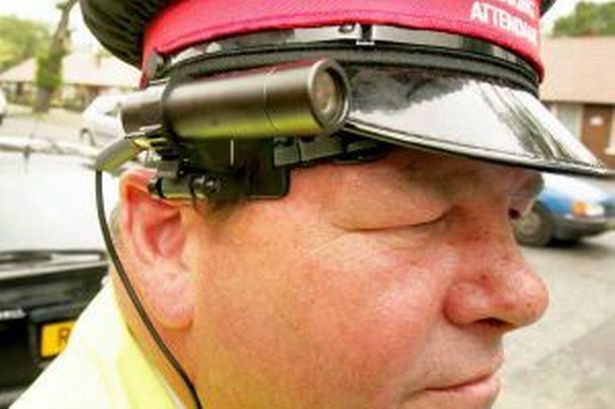 Traffic wardens in south Essex in England will be fitted with body cameras to deter assaults and gather evidence on poorly parked motorists.

When CCTV cars were introduced by local councils, the number of fines issued rocketed.

Last year the car, dubbed the Beast of Basildon, issued 3,279 tickets to motorists, raising £102,197 for Basildon Council. But David Kendall, a Brentwood county councillor, said the cameras would benefit motorists as well as the wardens and are not to be used to dish out more tickets. He said: “The camera means events will be recorded, so if a driver is unhappy and wants to query a ticket, there will be a record of it, so the camera will work both ways.”

The South Essex Parking Partnership will provide wardens with the devices in Chelmsford, Brentwood and Maldon early next month after a deal with Reveal Media, which supplies the cameras to police officers and security guards. It is thought the introduction of the cameras is designed to keep wardens safe, but the partnership has declined to comment further.

The cameras will also be rolled out in Basildon, Castle Point and Rochford.
Paul Downes, 65, of Handley’s Chase, Noak Bridge, was fined £70 last year after being snapped by a CCTV car when he pulled into a bus stop at Basildon bus station to pick up a 68-year-old friend. He said: “The cameras are a good idea if it enforces the law. “I’ve seen people lose their temper with traffic wardens, which sometimes is warranted, but when it becomes physical, it’s not acceptable.”