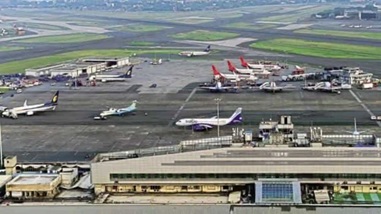 In a move to ensure the security of domestic air passengers, travelling from small air terminals across India, the government is beefing up the security measures around more than 60 airports in tier 2 and tier 3 cities under the Centre’s regional connectivity scheme UDAN. The airports will be brought under the comprehensive anti-terror cover of Central Industrial Security Force (CISF) personnel, with the deployment of more than 1,600 troops.

“The CISF will get the fresh manpower to guard all the UDAN airports from the pool of 3,049 posts that were abolished recently, from the airports that it is guarding, and replaced by hiring a total of 1,924 private security personnel for these tasks,” a senior officer from the Union Home Ministry said.

For the airports under the UDAN scheme, a squad of 57 personnel will provide security to the airport, out of which 27 personnel will be drawn from CISF while the rest will be from private security agencies, according to reports.
The lodging facilities for enhanced security will be provided by the state government and the Airport Authority of India. “The airports under regional connectivity schemes are as important as any other large airport. The fresh proposal aims to provide these small airports with a comprehensive armed security cover and it is expected to be notified as a policy soon,” the home ministry official said.

In October 2016, the Union government introduced the regional connectivity scheme UDAN (Ude Desh ka Aam Nagrik) with the objective to make air travel affordable to the masses residing in tier 2 and tier 3 cities and towns.

During the winter session of Parliament in December, Union Minister for Civil Aviation Jyotiraditya Scindia informed that nearly 1.15 crore Indians from tier 2 and tier 3 cities experienced air travel with the help of the scheme and the government is working towards establishing more airports under the scheme.