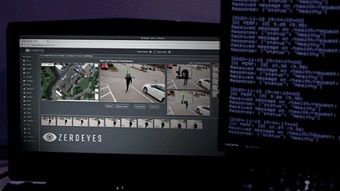 To decrease response times to incidents at which a gun is brandished, the Southeastern Pennsylvania Transportation Authority (SEPTA) (Philadelphia, PA, USA) is rolling out a pilot program involving AI gun detection on subway platforms in the system’s transit division. SEPTA is the first transit system to deploy the system, created by ZeroEyes (Conshohocken, PA, USA).

The subway system in Philadelphia, Pennsylvania, consists of the Broad Street Line, the Market-Frankford Line, and a subway/surface line. According to Kelly Greene, Public Information Manager, SEPTA, the pilot will use approximately 300 cameras at a mix of stations along the Market-Frankford and Broad Street Lines. “SEPTA expects this new technology to be part of the solution to gun violence,” says Greene. “It can act as an early warning system to speed up response times from police officers. ZeroEyes is another tool that SEPTA can use to keep its riders and employees safe.”

Tim Sulzer, CTO and Co-Founder of ZeroEyes, explains, “As far as our artificial intelligence, we got started about four years ago trying to build a weapon detection model that would work on security cameras. We went through a lot of challenges trying to build our own dataset. We started off scraping images from the Web and found out quickly that you need a dataset built in the environment you want to perform in.”

ZeroEyes built an “AI Green Screen Lab” that allows it to take customers’ backgrounds from their cameras and record employees walking around with guns in the customer locations. It has allowed the company to create a 100% organic dataset. The green screen lab is approximately 5,000 sq. ft., and there are hundreds of cameras set up. ZeroEyes can record data from different heights, different camera types, different fields of view—all of the potential factors that go into creating a high-performing AI model.

“So over the past four years, we’ve been iterating on that process,” Sulzer adds. “We train our deep learning models, using some of the modern architectures. For a while it was Faster RCNN models (region-based CNN models), but more recently the newer variants of YOLO models have been really productive for us.” ZeroEyes built the entire dataset completely in-house to the tune of hundreds of thousands of images.

ZeroEyes’s proprietary software will be layered on top of SEPTA’s existing security cameras. It will identify brandished guns and dispatch alerts to safety personnel and local law enforcement as fast as three to five seconds after detection. Former U.S. military and law enforcement specialists monitor every detection 24/7/365 from the in-house ZeroEyes Operations Center (ZOC) to deliver accurate and actionable intelligence on gun-related incidents, including the gunman’s appearance, clothing, weapon, and real-time location.

They will also eliminate false alarms. ZeroEyes AI does not perform any facial recognition or receive, record, store, or share videos or images of any person.